Poor Lily’s third full-length record is a punk rock opera about the NSA, mass surveillance and the battle over privacy. At times angry, depressing and hilarious, Dirt on Everyone is a record that journeys into the weird world of the NSA, with its oddly named spy programs and mottos and philosophies.

Dirt was recorded live in the studio in one take. The record is in real time. Aside from a few sonic tweaks, what you hear is 30 minutes and 38 seconds after Joe Dell’Aquilla of Exeter Studios in Freehold, N.J. hit the record button at approximately 4 p.m. on Saturday, January 9, 2016. Dirt is one track with 14 distinct parts melded together.

Dirt was released on Poor Lily’s newly launched TV Mayor Records in October 2016. TV Mayor Records pressed 500 LPs, each including a 20-page art booklet made entirely out of leaked NSA documents by Adam. 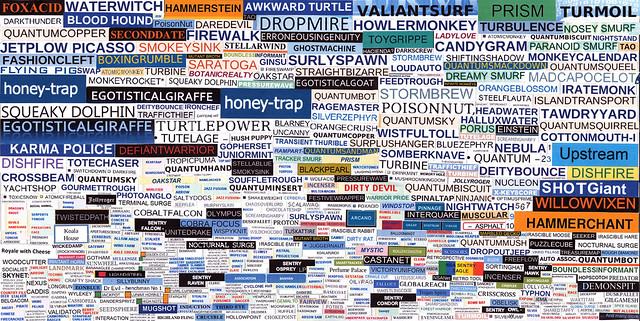 WEARE We know what’s on your mind, we have the evidence that says you are not who you say you are. We are aware. This story begins in June 2013, it’s now 2016 and if you’re not already it’s time to get pissed off.

TRAITOR Why are you burning your history books? Why are you telling me my heroes are crooks? You forgot the lawbreakers. My TV is a liar. My radio is lazy. I hear traitor. I hear tyranny. Lawman, lawman, lawman, law-breaking, breaking, breaking man. Not every uniform is a hero. Not every answer is god and country or the end of a rope. You forgot the lawbreakers. You keep forgetting nothing changes without lawbreakers. If he’s a traitor, she’s a traitor, I’m a traitor. This ain’t no metaphor, I see the flames. They blacked out the report, I know the names.

SILENCEGOLD A watched man does not dissent. A watched woman is ugly. A watched man creates nothing. A watched woman stays silent. Silence is gold. So I sing angry punk songs, raggin on the NSA. But it wont change a damn thing. A watched world will obey. I interrupt your broadcast for one final transmission. My ears ringin off their hooks, my oxygen electric. I’m done fightin for poor schlubs. who’ve signed their minds away, it’s only me. There’s no closed circuit TV at the bottom, bioluminescence is the only way’a talkin’ 10 atmospheres of pressure should get me closer to me.

NOWIRES This is about being weird, being secret, being different, pushing up on every wall, pushing up against what they say is wrong. I’m wrong. I’m weird. You collect fingerprints, I burn mine off. You collect eyes, so I spoon mine out. You collect faces, so I rip mine off. I’m off. Yeah you listen, but you’re not hearing me. I will shoot down your satellites circling around my mind, drown your drones in seawater, rip out my ground wire. I’m going under where there’s no wires no communication no data for you to spy on. I’m going under the water, no wires. When the waves stop crashing, my head gets loud. When the waves stop crashing, my head gets loud. I open my eyes and I can’t believe what I see, that Transatlantic cable on the seabed right below me.

PENKNIFE Bad guys are everywhere, good guys are somewhere! Pen knife and the telephone shoe, all bullshit for the movies and the six o’clock news. The pen knife and the telephone shoe, nothing compared to the crazy software these NSA clowns use. I can do something new. I can create beauty from the ugly. Cut up ugly. Is that a spy program or a death metal band? 1-2-3 UPSTREAM DISHFIRE SHOTGIANT 5-6-7 WILLOWVIXEN 9-10 HAMMERCHANT!

MINEMYMIND Confiscate my fingertips, my eyes and face of course there’s dirt on me. I dream about the lascivious and filthy I’m proud to be obscene! My mind’s mind’s eye is mine to mine freely in colorful nudity! So, raise yourself on up to righteous absurdity. I’m alright, I’m dirty. A piece of peace I don’t bury or resist all the bullshit. It’s me it’s you, it’s on my shoe, I’m happy to step in it. So I’m stopping now cause I know exactly where I stand, in dirt with everybody! I’ll wait here watchin’ I’ll watcher a’ waitin’ for you to catch up to me. We’re not alright, but I am alright. I am alright. I’m dirty.

For booking, press or just to say hello: poorlilybronx [at] gmail.com